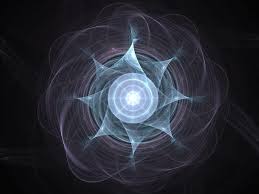 I started reading Daniel J. Levitin’s excellent book “This Is Your Brain On Music.” It is highly recommended for anyone interested in music whether you are a fan, or a performer or whatever. Music affects us all – there’s physics involved here – and you can learn about it in this book. One thing that has struck me already is a story he tells of introducing someone to rock music (see page 51). As I’ve grown up very musically literate, it was fascinating to hear how Levitin came up with a list of 6 songs to capture the essence of rock music.

(This was the mid-90’s)
What was interesting was that the entire conversation turned to “sonic impression.” Timbre is the word that best describes this. Aaron Copland called it the “sonorous image.” This is the defining element of modern music. In the last hundred years, as music has exhausted the possibilities of pitch, chords, harmonies and perhaps even rhythm, timbre, or the unique palette of sounds creating this sonorous image, has become what makes music fresh and new and interesting. Before Little Richard and the Beatles, we didn’t bang on the piano and yell out the words. Before Jimi Hendrix, we didn’t think of feedback as a musical color. Well, John Cage was teaching us to think of everything in the environment as part of the performance, but the masses of society began to tune out from the mental exercises of serious classical composition in the early 20th century.

Music, to most people alive today, is about a sound. Metallica’s treatment of an A chord is literally a different chord than that same chord played by Alicia Keys. It’s all orchestration – coloring – different instrumentation. It’s the reason the producer has become the king in pop music. We’ll save that discussion for another day.

So what does this have to do with music in film?

In my role as a film composer, I need to create music that A) communicates the story B) is congruent with the way the story needs to be told C) provide some kind of uniqueness in “sonorous image” to help brand the film.

The sonorous image for a “early 20th century coming-of-age story” should be very different than a futuristic sci-fi picture. Of course melodic themes and that ethereal concept of the “composers voice” enable one to recognize the film score, but the unique palette and the way it is constructed is a big part of it.

I haven’t seen the film Iron Man yet but I heard a bit of the soundtrack by Ramin Djawadi on XM Radio’s Cinemagic program. It blends a rock band with a full orchestra. Here’s a clip.
—-
As some of you may noticed, my posts to this blog have become quite erratic as work goes up and down. It would also help if you like this blog and want to see more of it, to send an email – encouragement goes a long, long way.

Andrew Ingkavet is a composer with over 2 decades experience creating music for film, theater, advertising and new media.

Andrew Ingkavet is an educator, author and entrepreneur.
His belief that learning a musical instrument builds skills vital to success in life has led to a thriving music school in Brooklyn, NY. Internationally, Andrew helps music teachers with the Musicolor Method, an online curriculum/training as well as a 5 star-rated book,The Game of Practice: with 53 Tips to Make Practice Fun. He is also founder of 300 Monks, a music licensing company.

This site uses Akismet to reduce spam. Learn how your comment data is processed.

Stay in the loop

You'll be the first to know

You have Successfully Subscribed!